Is it just me or does Hallowe’en seem more culturally devoid every year? I know. I get it. I’m kidless. And while baby goats shouldn’t be a consideration for one’s love or hate of Hallowe’en, I’m thinking back on my own childhood at memories of All Hallow’s Eves gone by and realizing that there really aren’t that many fond memories. I’m not saying I hated the event, in fact I remember, at the time, having a certain anticipatory delight in thinking up costumes and gathering free candy. I have come to grips with the fact that most of my early childhood will be shrouded in a glittery nostalgia with a soundtrack of AM pop rock. Quite simply, the costume/candy ritual was fun, but did not inspire near as many found remembrances as other holidays.

Let’s take a sobering look at Hallowe’en: pre-pubescent, confused children try to hide behind dollar store Transformer masks as they threaten homeowners with vigilante violence unless they fork over individually-wrapped sugar confections. Clearly then, Hallowe’en has come to serve several purposes:

1) attempt to feed disenfranchised children once a year and allow for governments to forgo actually food subsidies.
2) satisfy the powerful dentist lobby, where 4 out 5 dentists agree more candy is a good thing… no, bad thing… well, privately a good thing.
3) seeks to encourage indentured servitude of cane workers in Haiti and the Dominican Republic.
4) bows to the snack food lobbyists who don’t have tons of money, but keep the assistants of government officials knee deep in Junior Mints.
5) endorses gang swarming for the purposes of intimidating the middle class.
6) allows our vampire overlords to come out one night a year and feed on Blood Red Twizzlers.
7) makes lower class kids feel inadequate when they have to wear their Superman Underoos as a costume.
8 ) enables the rarely-seen-at-other holidays “razor-blade-in-the-apple” lunatics.
9) forces adults, who would never otherwise think of dressing up, participate in a drunken costume party ritual.
10) remind me, that despite all else, for two years I had the coolest stormtrooper costume in town.

Wheel of Pop
The Episode Five “Wheel of Pop” segment was postponed due to the Carrier Moose not arriving in Victoria on time. Is it just me, or were my expectations for any product that came with the “android” moniker just a bit too high? When I think “android”, I’m thinking super cool, almost human-like robot with crazy math skills. Apparently the threshold for such optimism has been lowered a little bit. That said, the first Google Android-powered phone was sold today.

Instead, I get an phone with an unfinished OS. I’m sure the phone technology is okay… at least better than the phone capabilities of the iPhone. All reports, however, indicate like most things Google, the Android OS is beta at best. If Google history is any indication, the OS will be in beta for at least two years. The optimism arises in the fact that they’re making it as open source as possible and allowing for quality control to be thrown to the wind. That said, by relaxing the control on Android they are opening the potential up for the  OS to become the most functional, cross-branded piece of mobile software around.

Let me outline a couple of things about the future of Android phones v. the iPhone:

1) Breaking Android apps will cause very risky elements for new downloads and the iPhone, despite their growing pains with the app store, seem to have mellowed out the brick factor.

2) Android will never have the elite status the iPhone has, but will be easily customizable and tweak-friendly.

3) The non-exclusivity with a single service provider and plan will vault phones with Android installed over iPhones within a year. As much as the iPhone gets a lot of hype, many manufacturers will increase the odds of a cooler looking form factor, on an ongoing basis, quicker than the Mac love-ins.

But to coin a phrase, unless you’re one of those “nutty” early adopters: “These aren’t the Androids you’re looking for.”

To tie up this fourth episode, Very Tasteful’s own Billy Reid is the featured musical act.  His song, entitled Spring Yields A Goldblum, sums up several of the topics we “dyscussed” on the show.

Billy is a filmmaker, performer, musician and (more recently) an animator, and his stuff is hugely popular on YouTube.  Mike has performed with him on the Victoria improv scene, and you can check out all of his stuff at the link provided in our Websites Of The Week show note.

In a post from a couple of months ago at lovehatethings.com, I lamented how the 99 cent download could be damaging to the integrity of many artists as it essentially did away with idea of the full album/cd as a unified piece. Citing that same defense (kind of), AC/DC this week said it would not sell any of its new album Black Ice on iTunes because people would be to tempted to buy single tracks and ignore others thus deconstructing the full work. Brian Johnson opined, “Maybe I’m just being old-fashioned, but this iTunes, God bless ’em, it’s going to kill music if they’re not careful….”

Two things… I do agree with the point that there should be a place for the full CD as a single work. I grew up listening mostly to music of a past generation in progressive rock.  One of the reasons I was drawn to that style was the frequent ability to create larger scale concepts even through single songs set in a certain order.

But AC/DC… seriously… I appreciate the band and music for what they are: bawlz to the wall cawkrawk (don’t ya love phonics?) but what album have they EVER released that could justify this stand? Now I appreciate that some people may have an affectation for listening to Back in Black as an entire piece, but that’s mostly because people bought the CD to look retro-cool to their friends, or they stole it from an older relative’s collection, and not becuase there’s an intrinsic tie that holds the songs together any more that any AC/DC song. I mean, let’s face it, other than the different growlings of Bon Scott and Brian Johnson, the couple of hundred riff-laden guitar rock songs of AC/DC could probably be interchanged from one album to the next without much problem.

So, if artistic integrity is not the issue, could it be that the band is simply afraid that the single hit or two they may have from this album will cause their demographic of fans to readily buy a full CD anyway? We know that integrity from a social justice perspective is not the issue, because their retailer of choice is Walmart.

I think they could have had a great marriage with “You Shook Me All Night Long” and the new iPod Nano’s shake and shuffle technology… it would have been interesting to see Steve Jobs dressed in a school boy uniform at a press conference anyway. 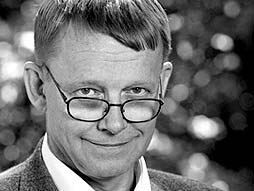 Although this TED talk has been widely spread about the “interwebs”, Hans Rosling’s animated analysis of poverty stats gives a unique look at worldwide trends.

Poverty is a solvable problem that helps to alleviate dozens of other problems. Vote for, advocate, and support anti-poverty initiatives in your area.

Does anyone feel like I do? Have we finally sacrificed function for flash in our electronics?

I remember growing up with PC cases left unscrewed so that I could get in and overclock and tweak and swap RAM, graphics cards and CD-ROM drives that often didn’t match the colour of the case but could burn at 4X instead of 2X. I remember the glory of gunmetal beige. I remember accessories that dangled from serial and parallel ports. I remember when I tried to squeeze every single last ounce of power out of my system and really not care about how it looked.

I remember the first laptop I had was dinged, scratched, butchered and every blemish was a badge of honour that was embellished by a sticker or liquid paper graffiti. I remember the besmirched black plastic that I abused and bled every last recharge from.

Is there really any reason to pay for what Steve Jobs’ called “the new range of aluminium bodied MacBooks [that] offered the same features as the old MacBook Pro series?” It used to be that notebooks were year-old technology from desktops that got shrunk down. Apparently the Macbook is year-old MacBook technology dressed up in a Judas Priest jacket.

Now I’m really not a Mac hater… I’m not a Mac user mind you. And I certainly don’t begrudge Apple marketing style to all of the hipsters that love art in their computer design. I think they look plenty cool and I’m sure they work very well. After all, I’ve got some very smart friends who swear by them. That said, Macs to me are like SmartCars; if Apple wants me to try one, they better make them significantly cheaper than current PC technology or I really won’t have any reason to switch… I can’t wait ’til people start buying Macbook skins to protect their aluminum finish that no one will ever see again.